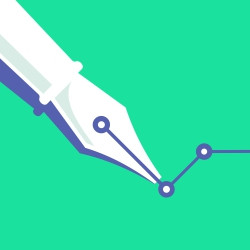 The StatNano Database Website released a new report on the analysis of data gathered, processed, and disseminated in the past 15 years in order to monitor the status of nanoscience development in the world.

This report deals with publication of nano-articles in the past 15 years by using the well-known scientometrics indicators, and it statistically analyses the data in various subjects. Top countries and organizations have been studied and ranked in each indicator. In addition, nanotechnology status has been studied in various scientific disciplines and nanomaterials.

In the present report, articles are evaluable in quantitative and qualitative manners, the most common of which are the number and share of articles; number of articles per capita; number of articles based on GDP; analysis of articles according to countries, university or research centers, disciplines, and journals; total number of citations; average citation per article; h-index value; and percentage of collaboration between researchers and universities from various countries. Additionally, highly cited articles and hot papers are studied in order to monitor hot subjects that attract many researchers.

During 2000 to 2015, the number of nano-articles has increased from 19754 to 141663. In 2015, more than 110 countries in the world took part in publishing of nano-articles, and the two countries United States and China ranked first and second with a huge distance with other countries. India, South Korea, Germany, Japan, Iran, France, England, and Russia hold the next ranks. Countries China, United States, Germany, India, and South Korea had the highest number of citations to their articles in 2015. United States, China, and Germany have always ranked first to third with the highest h-index. Analysis of ISI-indexed nanotechnology articles on the basis of disciplines in the past years shows that the main part of scientific achievements has been done in the three disciplines chemistry, materials engineering, and physics.