In a paper published in Nano, researchers study the role of memristors in neuromorphic computing. This novel fundamental electronic component supports the cloning of bio-neural systems with low cost and power. 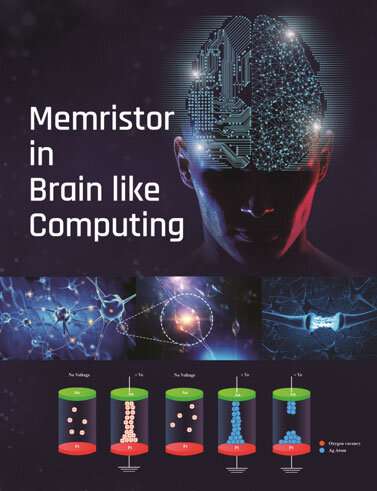 In a paper published in Nano, researchers study the role of memristors in neuromorphic computing. This novel fundamental electronic component supports the cloning of bio-neural systems with low cost and power.

The humanoid neural brain system comprises approximately 100 billion neurons and numerous synapses of connectivity. An efficient circuit device is therefore essential for the construction of a neural network that mimics the human brain. The development of a basic electrical component, the memristor, with several distinctive features such as scalability, in-memory processing and CMOS compatibility, has significantly facilitated the implementation of neural network hardware.

The memristor was introduced as a 'memory-like resistor' where the background of the applied inputs would alter the resistance status of the device. It is a capable electronic component that can memorize the current in order to effectively reduce the size of the device and increase processing speed in neural networks. Parallel calculations, as in the human nervous system, are made with the support of memristor devices in a novel computing architecture.

System instability and uncertainty have been described as current problems for most memory-based applications. This is the opposite of the biological process. Despite noise, nonlinearity, variability and volatility, biological systems work well. It is still unclear, however, that the effectiveness of biological systems actually depends on these obstacles. Neural modeling is sometimes avoided because it is not easy to model and study. The possibility of exploiting these properties is therefore, of course, a critical path to success in the achievement of artificial and biological systems.

This document is subject to copyright. Apart from any fair dealing for the purpose of private study or research, no part may be reproduced without the written permission. The content is provided for information purposes only.